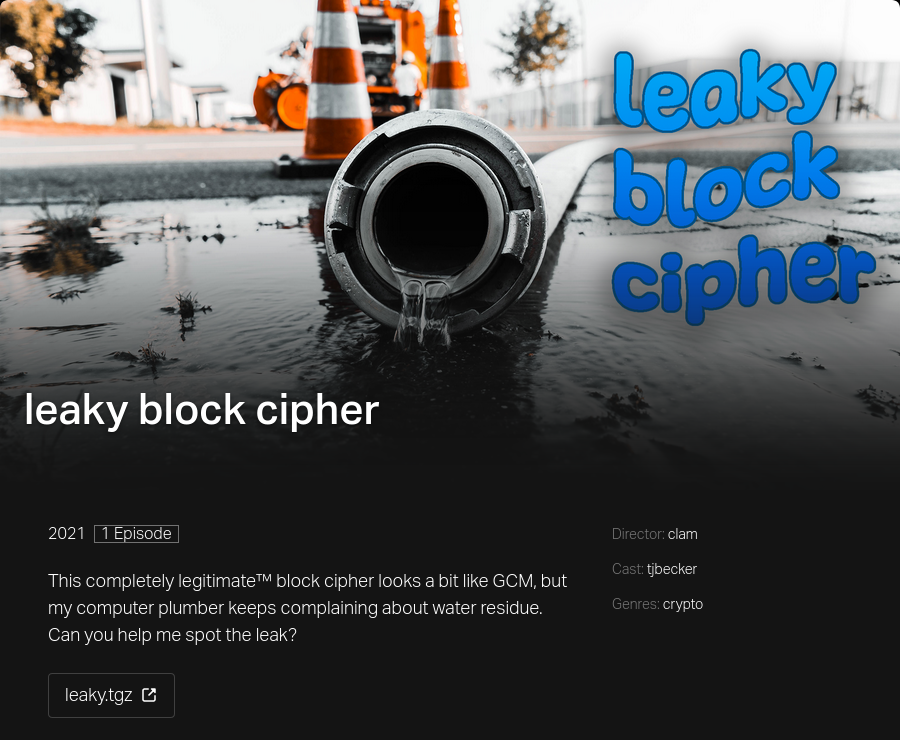 PlaidCTF this year had very insane challenges. Although I have spent a lot of time working on those crypto challenges, I was only able to solve leaky block cipher.

This completely legitimate™ block cipher looks a bit like GCM, but my computer plumber keeps complaining about water residue. Can you help me spot the leak?

The challenge has a hand-crafted AEAD scheme. We are required to go through 20 rounds of challenges, and this is how each round proceeds:

Part I: Understanding the scheme⌗

To begin, let's have a look on the LeakyBlockCipher class, where most of the things are happening.

It is very easy for us to exhaust ${\mathcal{C}_\text{IV}}$ since we already have 15.5 bytes of it, where there are only 16 possible cases. With that, ${\mathcal{C}_0}$ is the only unknown and its terms form an geometric series:

…or not. It is still possible for someone to solve the challenge from the above results. I am just curious. Anyway, we will be speaking mathematics now!