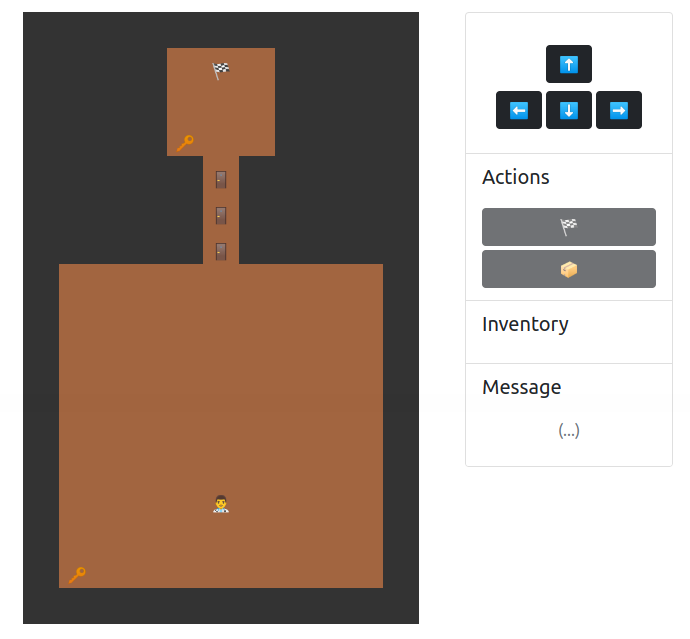 This is the third year Black Bauhinia co-organized HKCERT CTF. This time I wrote nine challenges: Seven crypto, one reverse and one misc.

Similar to the last year, I have a series of three blog posts walking through the challenges that I wrote. We will discuss the four easier crypto challenges: Flawed ElGamal, Catch-22, Rogue Secret Assistant and Base64 encryption.

This is an index of the challenges I wrote for HKCERT CTF 2022. There are in total 309 teams participating:

Cryptography is difficult. It is hard to implement -- every small mistakes would lead to a total break down.

I tried my very best to implement the ElGamal according to the Wikipedia page. What can go wrong?

The server will be returning an encrypted flag, $(c_1, c_2)$, every time a player connects to the server. This is the public key used:

Note that the ciphertext is computed by a flawed ElGamal such that $(c_1, c_2)$:

We can use the Euclidean algorithm to compute the GCD of two numbers, given below:

🏁 I am not getting the flag! That means the m you got is incorrect. The GCD you obtained is probably a small multiple of the actual $m$ - go get more $c_2$’s and compute GCDs further!

You need a key to open the door... but what if the key is in the room?

We are given a web game. The player can navigate in the map and the goal is to access the flag.

Notably, the game state (example given below) is encrypted by AES-ECB and is stored in the cookie.

Note. Copying the cookies from the write-up would not work. The encryption keys are different when I compile the write-up and for the actual challenge.

Part I: Interacting with the browser 🍪s⌗

If you are using Google Chrome (probably the same for the common browsers), you can press F12 to open the developer tools and switch to the "Console" tab. You can read the cookies by typing the below snippet, and execute it by pressing Enter:

To set a cookie (for example, setting the value of the game-token to bar), type the below snippet and press Enter:

That's it! You can manipulate cookies easily from your browser.

We are using ECB in this challenge. As illustrated above, the message blocks are encrypted independently. Sounds intuitive?

Let's use a cookie as an example. It is encrypted in AES, which the block size is 16 bytes (equivalent to 32 hex characters):

corresponds to the state

Let _ be the padding character (ASCII value 0x0b) according to PKCS5. These are the relations extracted between the plaintext and ciphertext blocks:

There is an interesting property for electronic codebook (ECB). Since the blocks are independently encrypted, no one would be able to identify if we swap two blocks. For instance, this is a message-ciphertext pair that we can forge (given the above relations):

This seemed to be useless, but we will use this idea to solve the challenge.

There are many ways to get the flag. My approach is to fill my inventory with keys. The inventory in the state is an array of item IDs. For instance, when there is two keys (ID = 0) in the inventory, the state would be {...,"inventory":[0,0],...}.

If we move the second block between the fourth and the fifth blocks, then this is the new plaintext:

We can concatenate the ciphertext blocks and update the cookie accordingly. Now we can fill our inventory with eight keys, which is more than enough! One last thing is to walk to the doors, unlock them with the keys and finally grab the flag! 🎉

There are a lot of possible ways to solve the challenge. These are some more weird game states that we crafted:

💭 More ideas? Can you solve the challenge in a different way? Let me know!

People said that base64 is an encoding, not an encryption. Did they have a misconception about that?

If you believe that base64 is just an encoding, then convince me that you are able to "decode" the article (which is in English).

We are given an 1198-byte message (in English) encoded in base64, except that the charset is shuffled (without a mapping given). The goal is to recover the message.

💬 Presentation? Some of you may prefer to read slides rather than words. If that’s the case, please refer to the slides I used for HKCERT’s livestream dated November 19, 2022.

Part I: Conservation of "characters" for substitution ciphers⌗

For substitution ciphers, we can look at the frequencies for every character to recover the key. Say, if w appears the most in the ciphertext, it is probably encrypted from e because e is the most used letter in the English language. Can we apply the same to base64 encoded messages? Yes!

I will take t8.shakespeare.txt as the ground truth. To get started, I encoded it with base64 (the message begins with VGhpcyBpcyB0aGUgMTAwdGggRXRleHQgZmlsZSBwcmVzZ). After that, I partitioned the message into four groups, where group one contains the $4k+1$th characters (i.e., VccaMd...) of the encoded message for $k \geq 0$; group two contains the $4k+2$th characters (i.e., GyyGTG...); and so on.

Why four groups? This is because base64 encodes a message into strings with sizes being a multiple of 4. For instance, the $4k+1$th encoded character comes from the six upper bits of the $3k+1$th byte. Those characters always depend on the six most significant bits from the source bytes.

"Decrypting" the ciphertext and decoding the whole message with base64, we have:

Since the article is written in English, it might be safe to assume that the ASCII code for all characters is in $[0, 128)$. The most significant bit for each byte is zero. When encoded in base64, the below bits are zero:

What does it mean? We will never see ghijklmnopqrstuvwxyz0123456789+/ in group 1. Likewise, IJKLMNOPYZabcdefopqrstuv456789+/ and CDGHKLOPSTWXabefijmnqruvyz2367+/ will not appear in groups 2 and 3 respectively. To avoid those characters in the respective groups, we can add a huge penalty when those characters are picked.

Previously, we expected that Y decrypts to b as they have similar distributions. However, b will appear in group 3 and thus this is not a good choice. I may be a better corresponding plaintext in this case - the distributions are similar, and we are not penalised by picking it. Below are the new mapping and the plaintext:

Part IV: Fine-tuning for the win⌗

Although the article is still unreadable, we can read some words from it. There is a clear spelling mistake: Instead of that hs, it should instead be that is.

When encoded in base64, they are respectively ...aGF0IGhz... and ...aGF0IGlz.... Let's make W and 6 decrypt to h and l respectively (they were corresponding to l and h). The article looked a bit better.

We can fix the plaintext-ciphertext mapping by looking at the spelling mistakes. For instance, spaces should appear more frequently.

Eventually, it is quite manual work to recover the final message:

Mystiz does not seem to give up using RSA to store his secrets. This time you are even allowed to send arbitrary public exponent, e. Can you unveil the secret flag?

When connected to the server, a 2048-bit RSA public exponent $n$ and a 128-character long secret are generated (none of them is given to the players). Players can send three different $e$ such that $e \neq 1$. The message

is encrypted using RSA with the key $(n, e)$. The goal is to recover the secret.

Part I: Connection of the unknowns by a congruence⌗

You can imagine that m is a concatenation of The secret token is , followed by the secret,  and it is encrypted with e = , $e$ and a fullstop.

Now, how do we get $n$ and $s$ by sending three different $e$s (with $e \neq 1$)? These are the congruences we have (the variables in red are unknown):

Therefore, we have the two numbers

which are both multiples of $n$. We can finally compute the GCD. Since the GCD of the two numbers are not necessarily equal to $n$ (it could be a small multiple of $n$), I attempted to remove small factors from the GCD in the solve script.

It is very unlikely that the n obtained is not equal to the actual public modulus. If that's the case, we can simply re-run the script. Eventually, we will get the flag: hkcert22{r5a_i5_ju5t_a_6unch_0f_m4th5}.