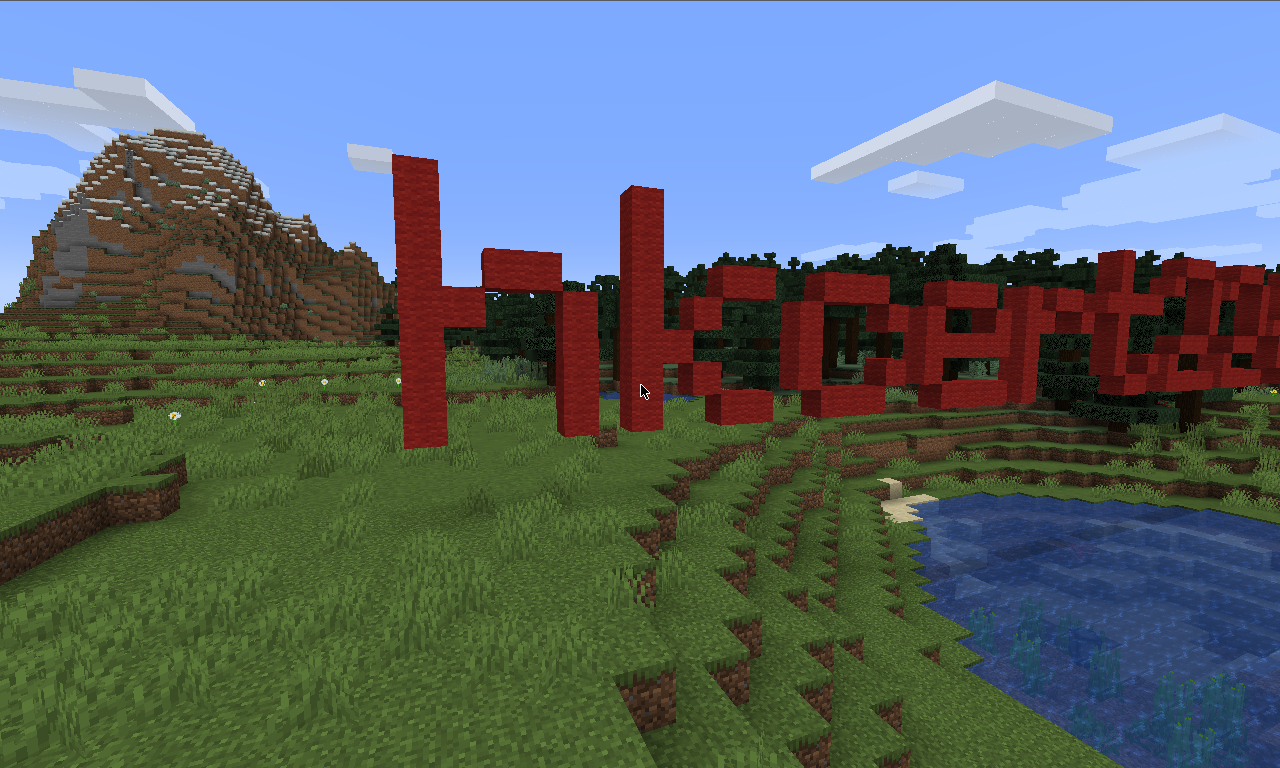 In the last part, I will include the two non-crypto challenges I wrote for HKCERT CTF 2022: Numbers go brrr and Minecraft geoguessr.

This program is generating 100 sets of random numbers and they are asking me to send something back, in exchange for a flag. Can you figure out how to get them through?

There is a nc service, and we will be given some numbers upon connecting. We are asked to send something each time the 🥺 emoji appeared. From the description, we will be given the flag after sending correct responses 100 times.

On top of that, there is an attachment called solve.py:

🤯 Wait what, solve.py? Hear me out… This is not a mistake.

💬 Presentation? Some of you may prefer to read slides rather than words. If that’s the case, please refer to the slides I used for CUHK Open Innovation Lab’s sharing dated November 28, 2022.

Part I: An unintended solution⌗

In addition, the $m$-tuple needs to satisfy the "s" and "p" requirements (short for sum and product, respectively):

That is it! We can deduce the actual problem statement from the solution script, and we can simplify the base condition:

We can also simplify the product requirement:

If we consider only the sum and product requirements, there are $m$ unknowns and two equations. If $m > 2$, then the system is underdetermined:

which is equivalent to

Now we have a different objective: Find $m-2 < x_{m-1} < x_m < q$ such that the above system holds. Although the range of values are a little bit stricter, it is still easy to find a solution set.

From the two equations, we can just rewrite the sum condition:

Substituting the above to the product condition, we have

This is simple. We are essentially completing the square in modulo $q$:

Do you know Rainbolt? If you send him a photo, he could immediately tell you where it was taken in.

Can you do the same in the Minecraft world?

Note: If you are desperate, you can watch Rainbolt's most insane geoguessr moments, or LiveOverflow's video series on Minecraft Hacking.

By the way, the map is generated with Minecraft 1.17.1. With that said, you may be unable to look for the better caves.

On the other hand, we are also given the below screenshot, where only the prefix of the flag hkcert22{ is shown. The objective is to recover the flag.

🤩 Where does the inspiration come from? This challenge is inspired by “They Cracked My Server!" by @LiveOverflow in the Minecraft:HACKED series.

💬 Presentation? Some of you may prefer to read slides rather than words. If that’s the case, please refer to the slides I used for HKCERT’s livestream dated November 19, 2022.

The most attractive thing about the screenshot is the prefix of the flag. But what else can we retrieve from it?

Let's talk about Minecraft history. @SimplySarc uploaded a video in 2012 that showed that the rotation of lily pads is only dependent on their position. Also, snapshot 14w27b (for version 1.8) was released eight years ago. Below is an excerpt of the patch notes:

The block state files now support an array of models allowing for random models. As a result of this, grass blocks, dirt, sand, red sand, stone, netherrack, bedrock, and TNT all have their top texture randomly rotated.

When they say "random", it is dependent on the position like the lily pads. With that said, we can collect information from the grass blocks' rotation to find its coordinates. Surprising, right?

A legendary GeoGuessr player, @georainbolt, once said why touch grass when you can study grass. We can do the same in the Minecraft world. Now, look at a grass block. There are four rotations (rotated 0º, 90º, 180º and 270º).

Well, I know this is probably the most difficult part -- labelling. Let's identify the orientations of some grass blocks in the screenshot:

From above, I collected the rotations of 22 grass blocks.

A final problem is we don't know which direction the player is facing. Luckily, as there are only four possibilities, we can simply exhaust them all. By the way, some players can identify the player's orientation, so they can speed up their algorithm (at least) four times faster than our brute-forcing approach!

hacker mann uploaded a video in 2019 discussing a way to recover the coordinates from block rotation. The below code is a simplified, yet accurate way to compute the texture rotation of a block. It is a combination of multiple functions:

Hereby Random is an implementation from the JDK, which can be referenced from their source code. To summarize, the random is a linear congruential generator (LCG), with the initial state, $s_0$, being

👊 Is brute force the only way to go? I am not sure. Please share with us if you have a solution without brute-forcing.

From the above implementation, we know that the seed is derived from the coordinates of the block. This is my translation in Golang which optimized the algorithm a bit:

Well, I didn't compare the running times of the implementations in Golang and Java, which may be similar. I use Golang simply because I rarely code in Java anyway.

After that, what is missing is just a routine that exhausts the whole search space, and includes the block rotation we found from the screenshot. We can decrease the running time with multithreading, too.

🛠️ Alternate tools. 19MisterX98/TextureRotations is a repository (in Java) that does the same thing. You can use the code to recover the coordinates.

There are two notable ways to reduce the search time, provided by the contestants @HotDawggyy and Gameboy612. We can recover the coordinates in less than ten seconds with either of the two improvements implemented. This is remarkable!

Hey, look at the clouds!⌗

Look at the water, too!⌗

Finally, it is impressive that Gameboy612 is a secondary school student and their team got the first blood 🩸 of this challenge. Congratulations!